To many people, 2020 may not be a good year but it is a prosperous year for Blender 3D. In this article, we will discuss how Blender 3D wave is created.

Blender 3D was designed by a Dutch developer, Ton Roosendaal, targeted at freeware as well as shareware. As NaN declared bankruptcy in 2002, the creditors requested a one-time payment of 100,000 Euros to make Blender 3D free. The core value of Blender 3D is its ability to reduce the designer’s workload, distinguishing itself from most of the commercial software.

Blender’s history can be found on Wikipedia. In recent updates, Blender 2.7x is already a relatively well-designed piece of software but due to its original infrastructure, major effective modification becomes infeasible. Major revision of the software was discussed in 2015 during which funds were raised through sales of USB pen drives. The software was substantially restructured using “collection” in this major revision with the 2D drawing function enhanced. After the next generation, a real-time Eevee engine was developed, Blender 3D was announced in the second half of the year 2019.

Commercial software on the contrary focuses on adding new functions to generate revenues from licensing. As a result, software modification becomes an impossibility and redundant codes can never be cleaned. The ability to do a major revision of Blender 3D is the benefit of free software. The latest version of Blender 3D is 2.92 which takes up only 544M (less than 1G) of hard disk space after installation. This is even smaller than some of the 2D graphic design software but owing to its code efficiency, Blender 3D is in fact no different from many of the mainstream graphic design software like MAX 2018 (3.7G) and MAYA 2016 (1.8G). 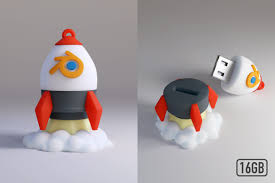 Figure 2: Fundraise through sales of USB thumb drives containing various versions of Blender 3D back then

Free software is open source at no charge. Nonetheless, there is still a need for software engineers to do code maintenance. Without them, there will be bugs in the software, and there will be no software updates with new functions. All of these would require funds. The success of version 2.8X has attracted investments from big players in the industry, but before that, Blender 3D was funded by revenues generated from cloud training courses provided by a foundation. By signing up with the foundation, you will enjoy a complete training program on the website at 9 Euros per month. Not sure about the other free software providers, but fundraising through the foundation is a smart way. A monthly cost of 9 euros is a good deal to most users as they can learn the most correct ways of using Blender 3D while contributing financially to the Blender community. Back then, Blender 3D was not as popular as many of the mainstream graphic design software and users who are therefore reluctant to switch to a new tool like Blender 3D. By offering a paid learning service on an official website, not only is the exposure of Blender 3D increased but also giving new users many opportunities to learn and contribute at the same time.

Key to a Positive Cycle - Efficient Debugging and a Friendly Community

In my personal opinion, Blender 3D is in a positive cycle. There are actually many open source programs but how does Blender manage to outshine its competitors and grow?

The success of a piece of software, whether commercial or free, depends on its user-friendliness and is measured by its level of ubiquity. In a less popular software tool, some critical bugs may not be found, which can sometimes lead to an unpleasant user experience. In any software tool, there are two main issues that every designer should avoid, the unfriendliness of the UI and bugs impeding the design flow. These two issues can be averted by a friendly community. By actively discussing in the Blender community, any issue can be systematically tracked and solved. Even though it could be difficult for new users of Blender 3D, many would find the tool helpful eventually. The startup time of Blender 3D is even shorter than most others. Overall, Blender 3D is in a positive cycle. 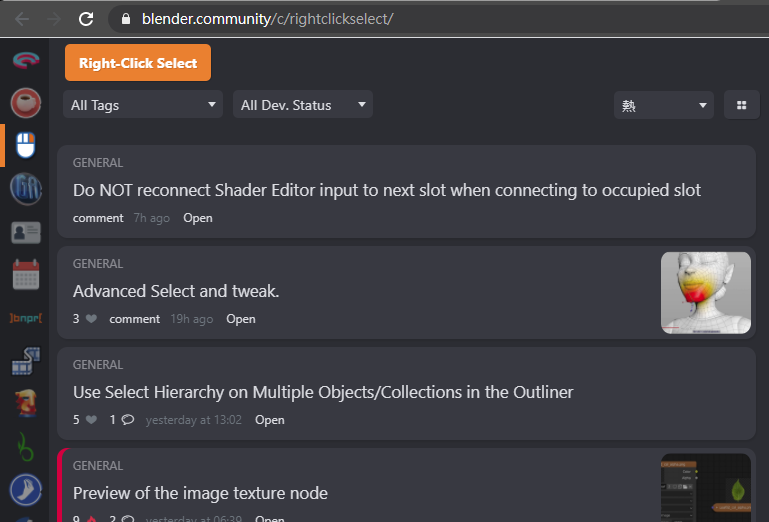 Every piece of software was designed for a purpose but only genuine free software was tailored to your needs and not for the profit. Commercial software is usually offered to users at a cost and most providers are beginning to shift their marketing strategy from sales of software to monthly payment services. Even though it was claimed that the aim of the monthly payment service is to provide users with the latest version at all times but most of the time, they are forced to pay for functions that they will never have to use.

Annual updates of commercial software will always involve adding new functions, but depending on the nature of your work, some of these new functions may not be useful. What is ironic is that each software update would normally come with an increase in the monthly charge.

According to some experienced designers, they only use certain functions of the software to implement their design and are therefore unfamiliar with many new functions. Sometimes they also wonder about the need for them.

As for the cost of commercial software, a lot of expenses remain private to users and they of course include the ad costs. This means you are sharing the cost of their advertising strategy instead of paying 100% on software development. Blender’s funds are visible to users and all expenses are made public. A good reputation is its best ad.

In any industry, the use of the software must not be limited by a standard operating procedure which may impede work efficiency and productivity. In view of the versatility of the open-source software, some gaming companies hire technical artists to develop plug-in programs and some even modify the base code directly. This allows a substantial degree of connectivity between open source and game engines.

Special effects such as drone light shows can also be simulated in Blender 3D. Because Blender 3D is open source and with accessibility to drone parameters, your task will be made easy.

As a professional graphic designer, you should be able to design with any tools because the basic principles, rules, and concepts of drawing do not change with tools. To them, their creativity will not be limited by the tools.

For example, nobody would study the brand of the paint or the tools that Van Gogh had used to draw because the creativity of the content was the key to his success. Therefore, without having to worry about the license fees, the designer will be able to place more emphasis on creativity with the help of a friendly community.

A software tool is like a pair of shoes, they are designed for a purpose. All of us have at least two pairs of shoes on our shoe rack. They could be a pair of slippers and a pair of leather shoes. Some people may have shoes for hiking, jogging, etc. This works the same for software tools. A graphic designer should have the ability to create drawings with different tools so there is really no reason to reject a free tool like Blender 3D.

To become familiar with a software tool, all you need is an open heart. In the next article, we will show you how you can configure Blender 3D.